Hottest BTO Areas During the May BTO Launch

Agent.sg
Are you looking to purchase a Build to Order (BTO) flat this May? Here are some of the best locations for you to check out.

The Housing Development Board (HDB) in Singapore has scheduled a Build-to-Order (BTO) launch for May 2021. The locations that will have the BTO flats are Bukit Merah, Geylang, Tengah, and Woodlands. Depending on your profile, some locations may be more interesting than others. Look at the table below to see some more details on the released launch sites and number of flats offered followed by characteristics of each of the four locations.

Bukit Merah is the most attractive location on the list due to its mature location sitting right on the future Greater Southern Waterfront. The area is going to be beside Telok Blangah Neighborhood Centre, which is surrounded by restaurants and public transportation. This location will only have 170 units, making it extremely difficult to get one of these flats. This is also a prime location for those who love being around nature as it will be close to Telok Blangah Hill Park, Mount Faber Park, and potentially the Greater Southern Waterfront. As for malls, the closest two are Alexandra Retail Centre and VivoCity.

This area is great for those looking to get an apartment in a prime location with beautiful views and nearby amenities. The Greater Southern Waterfront is also a major incentive for anyone looking to acquire a flat. That being said, the HDB is only offering 170 units so it might be better to focus most of your energy and attention on areas that offer better odds. The Keppel Club is also projected to be replaced by a high rise, which could obstruct this development's waterfront view in the future. Either way, Bukit Merah is set to be the BTO site with the highest demand.

Geylang is the second and last mature location for the May BTO launch. Geylang has had a recent BTO launch where the 4-room flats were oversubscribed with applications 19.1 times the supply of units. Geylang is a hotspot with nearby showing malls at Paya Lebar and access to public transportation.

This may be the better option for individuals or families looking to settle in a mature area due to the chances of landing a spot with 1,380 units available. The area is also great for potential landlords that are looking to purchase and rent their flats out as it is close to industrial areas. This is a very attractive option and can be seen as a top choice.

Woodland is one of the two non-mature areas for the May BTO launch and has the highest growth projections between the two, arguably making it the better choice. Woodlands will have a development that is 100 hectares called the Woodlands Regional Centre where many research facilities and jobs will be set in a campus-like environment. The time horizon for this project is about 15 years, so this would be for those interested in purchasing a place for the long haul. This area is also near restaurants, malls, and is a short walk from public transportation.

The HDB is putting up 1,540 units for grabs and is a great opportunity for younger people looking to settle in a place long-term. This could also pan out to be a great investment opportunity for the long-term once the Woodlands Regional Centre is complete.

Tengah is a brand new residential area and is the most recent HDB town. As a result, the area doesn't have many amenities for people to use or enjoy. The area is not very accessible and the transportation is not nearly as convenient as the other BTO areas. The nearest MRT will be Hong Mah MRT and is scheduled to open in 2026-2027. The pricing and purchase might not be worth it; however, if you believe in this development and want to hold for the long run, this could be the spot for you.

Purchasing a home is very capital intensive and depending on your financial situation it may be best to keep an eye on the best home loan rates for BTO flats to ensure you get a mortgage that fits your needs and financial requirements. If this is your first home and you are looking for more tips, check out the ValueChampion guide for new homeowners. 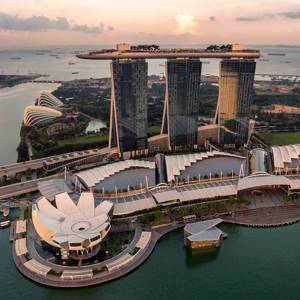 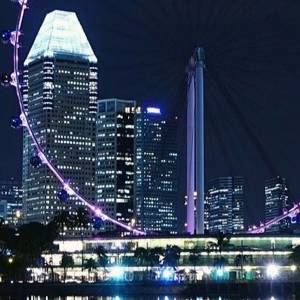 Singapore rents rising - demand and supply
July 13, 2018
6.9 % QoQ increase in the first quarter of 2018 according to private residential leasing market in Singapore.
Read More
Powered by:

Find out more about our websites »
Agent.sg
Sites of the property group
Properties for sale and rent
The portfolio of Singaporean property listing sites with thousands of flats and houses
© 2021 All rights reserved.
The Agent.sg is member of Property Group.